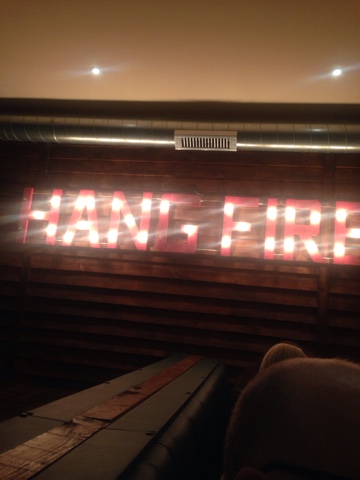 I confess I have a deep love for Hangfire and was beyond excited when I heard they were opening a bricks and mortar location in Barry (best known as the home of 'Gavin and Stacey'). It's a beautiful building it used to be a pumphouse but it has be repurposed as Hangfire restaurant. The girls behind Hangfire are Shauna and Sam who took a roadtrip across America in 2012 and brought their knowledge back with them to Wales and I have followed them since I first found them doing a 'pop up' at The Landsdowne in Cardiff and have been lucky enough to sample their amazing BBQ at places such as Abergavenny and Cowbridge food festivals, Street food circus in Cardiff and witnessed the girls judging at Grillstock in Bristol. They also won the very prestigious BBC Food and farming award last year which really put them into the spotlight. 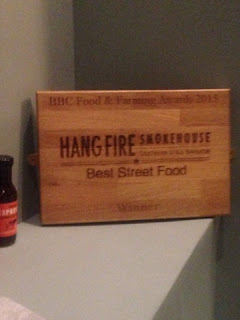 Sam and Shauna are both so friendly and generous always happy to share their knowledge and they have inspired me to buy my own smoker and start smoking my own foods so they have really made an impact on my culinary life. So what about the food? .....OMG....


I was lucky to be able to get in their second night after they opened and went with my husband and two sons , My daughter was away in Manchester (sorry Gina) .

This was the starter sharing plate consisting of chicken wings, pork rinds and frickles (fried pickles) . The pork rinds were super crunchy and the wings tasty and really meaty you could tell they had really been prepared properly and the frickles were a revelation fried pickles sound so weird but they were delicious, crunchy batter with a tangy pickle slice inside very moreish. 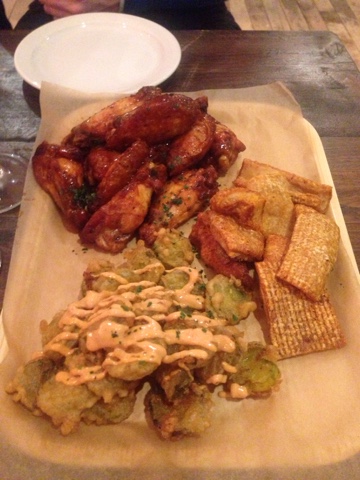 This was my main course my son Bill had the same the Pit Boss plate I just had to have this to try a bit of everything. It consisted of ribs , brisket (served on Texas toast) burnt ends, sausage , coleslaw , pit beans and fries. It was divine! I'm sorry to sound so fangirl but it was so good. The ribs fell off the bone, the brisket was soft and juicy ,The burnt ends were like butter, The coleslaw and pit beans had the homemade touch you could tell everything was made with love and care. They have their own sauces on the table too and I'm looking forward to their recipe book in May to copy the recipes. 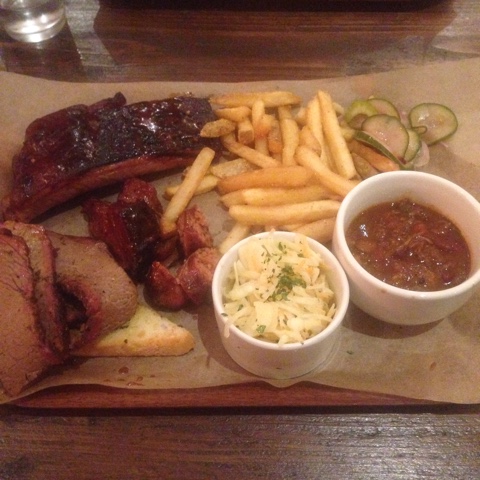 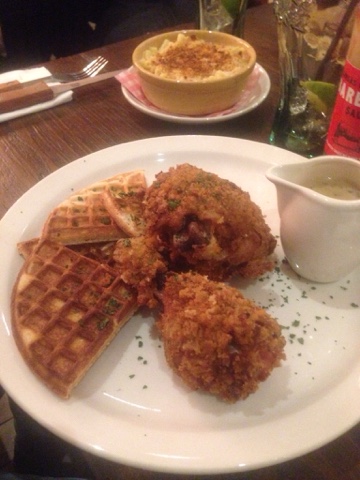 My husband had the chicken and waffles with white peppery sauce with a side of Welsh mac and cheese which had the tasty addition of leeks in it. He said it was fantastic I confess we shared as I had to try the chicken it was so crispy and the chicken was so tender. The waffles which I didn't think I would be keen on were lovely really light and crispy with the sauce peppery and tasty. Pictures of the lovely downstairs bar and the little touches such as GWR ironmongery as loo roll holders are so fab. 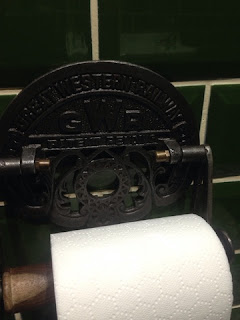 I confess we could not even contemplate dessert we were all so stuffed but maybe next time . The wine list and the huge range of beers meant we were spoilt for choice,  The service was perfect so friendly not intrusive but you never had to wait to get anyone's attention for extra napkins or more drinks.

I was so happy that Hangfire restaurant was everything I hoped it would be and cannot wait to go back. They are booked up till June but they save half their tables every day for walk ins so if you are able to please visit I'm sure you won't regret it.